SpaceKap - Inside the Kap: Compak

Inside the SpaceKap Compak.  Versatility at its best!
Get the Spacekap perfect for your business at FleetWest.net
Posted by www.Fleetwest.net at 10:19 AM No comments:

SpaceKap - Inside the Kap: Wild

Inside the SpaceKap Wild. The best alternative to cargo vans.
Get the Spacekap perfect for your business at FleetWest.net
Posted by www.Fleetwest.net at 10:18 AM No comments: 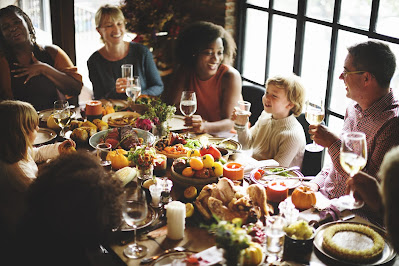 Happy Thanksgiving to all from Fleetwest
Posted by www.Fleetwest.net at 9:04 AM No comments:

Testimonial: Effectiveness At Work – How Spacekap Powers Our Fleet

Just how effective is the Spakekap is? Listen to Jason King, VP Corporate Properties Manager at National Bank of Arizona on the fleet that powers the NBAZ mobile service units.
Get the Spacekap perfect for your business at FleetWest.net
Posted by www.Fleetwest.net at 9:43 AM No comments:

Turn Your Pickup Into A Cargo Van! And, A Bargain At The Same Time.

This is our last Durashell 170 Transferable Truck Body which has been a demonstrator in our showroom and has never been outside of our showroom. It has many upgrades such as two fold-up side panel doors with LED lighting strips on both doors plus an interior light. It has a keyless remote entry system that matches up with your truck key fob to make locking and unlocking this unit very easy. The interior floor can be upgraded to a 100% extension aluminum slider so that you never have to climb up into the truck body. Interior side boxes are available for one or both sides. You might have the interior shelves on one side and the other side open to access items inside.
This body is easily transferred from one truck to another and uses no bolts to secure the body to the truck.
This unit has served us well, but now it is time to go on your truck so it can serve you as well! Call us today at 480-736-8800. https://fleetwest.net/
Posted by www.Fleetwest.net at 9:40 AM No comments:

This is an Astoria T-3 premium quality fiberglass composite commercial truck cap that can be very useful to many different types of businesses. It has an aluminum rack that holds six large tubs with lids to house tools, parts, accessories needed for on-site work. There is access from the rear to the bed underneath. You could modify this to more closely fit your particular needs. In addition, you could remove the inside frame entirely, add a bed slider and access from the rear, and both sides never needing to crawl inside. Fleetwest offers a 100% extension slider that will make this job easy.
This is our last demo model and it has never been sold or installed on a truck. It is sitting on our display trailer in our showroom and has been for some time. But, now it is time to let it go. This could be a super bargain and a great solution for your truck.
Call us today at 480-736-8800 and let's talk now. It's time this jewel found a new home!
https://fleetwest.net/
Posted by www.Fleetwest.net at 9:40 AM No comments:

On November 11, 1919, U.S. President Woodrow Wilson issued a message to his countrymen on the first Armistice Day (changed to Veterans Day in 1954), in which he expressed what he felt the day meant to Americans:

A year ago today our enemies laid down their arms in accordance with an armistice which rendered them impotent to renew hostilities, and gave to the world an assured opportunity to reconstruct its shattered order and to work out in peace a new and more just set of international relations. The soldiers and people of the European Allies had fought and endured for more than four years to uphold the barrier of civilization against the aggressions of armed force. We ourselves had been in the conflict for something more than a year and a half.

With splendid forgetfulness of mere personal concerns, we remodeled our industries, concentrated our financial resources, increased our agricultural output, and assembled a great army, so that at the last our power was a decisive factor in the victory. We were able to bring the vast resources, material and moral, of a great and free people to the assistance of our associates in Europe who had suffered and sacrificed without limit in the cause for which we fought.

Out of this victory there arose new possibilities of political freedom and economic concert. The war showed us the strength of great nations acting together for high purposes, and the victory of arms foretells the enduring conquests which can be made in peace when nations act justly and in furtherance of the common interests of men.

To us, in America, the reflections of Armistice Day will be filled with solemn pride in the heroism of those who died in the country's service, and with gratitude for the victory, both because of the thing from which it has freed us and because of the opportunity it has given America to show her sympathy with peace and justice in the councils of nations.

Posted by www.Fleetwest.net at 9:32 AM No comments:

Ryan shows off some of the features of Fleetwest's Load n' Go Tradesman Drawer unit which is made for long or short bed full-size pickups and can also be installed in the back of a bolt-on service body or slip-on transferable service bodies that Fleetwest sells. It is a very useful drawer for holding tools, power tools, long and short items, and can be set up in a way that works for each individual user.
See more at https://fleetwest.net/
Better yet, give us a call at 480-736-8800, and let's talk about your needs and how we may be of service.
Posted by www.Fleetwest.net at 11:02 AM No comments:

Spacekap, a unique solution to the supply chain chip shortage that affects truck fleets.
Get the Spacekap perfect for your business at FleetWest.net
Posted by www.Fleetwest.net at 10:51 AM No comments:

Here are the top 10 features of our SpaceKap transferable service bodies.
Get the Spacekap perfect for your business at FleetWest.net
Posted by www.Fleetwest.net at 9:39 AM No comments: