With 372 cubic feet of space, Spacekap is the ultimate unit for parcel delivery. Transferable unit, 4x4 capability, deliver your packages with confidence in any weather conditions or rugged terrain.
See more about the Spacekap models and features at Fleetwest.net
Posted by Fleetwest Slip-On Transferable Truck Bodies at 9:00 PM No comments:

The Beauty of Truck Body Transferability

The Power of Transferability means flexibility. It reduces downtime. It increases resale value. It offers greater security of tools and equipment. It has a universal fit so if you changed the brand of your truck, your body will still fit. It simplifies the purchase or lease of a vehicle because it widens the selection of trucks you could choose from. It may lower insurance costs. There is no vehicle certification requires as exists on bolt-on service bodies. It can be offloaded and used as a job box or removed temporarily to use your truck as a pickup truck only. And, if your vehicle needed to be down for a period of time like say, having been in an accident as an example, the body can be transferred to a rental truck until your unit is repaired. So much flexibility!
See more about our products at https://fleetwest.net
Posted by Fleetwest Slip-On Transferable Truck Bodies at 9:00 PM No comments:

When you’re building a work truck, there are numerous specs that need to be factored correctly to avoid costly oversights. Make sure you consider a vehicle’s operating guidelines and payload requirements. A smart fleet manager should talk with the people in the field to understand what type of service the vehicle is expected to perform and how it needs to be used. During that discussion with the technicians, you may discover problems that they have encountered in their everyday use that may have been over looked.

It’s not uncommon to uncover issues with insufficient tool storage or lack of bins, limited visibility, loading height restrictions and poor payload distribution. It is essential to understand how a vehicle will be loaded and unloaded. Do they need lifts, ramps or even slide out trays? The more you understand the vehicle or upfit deficiencies the more efficient your next build will be. Not to mention your technician’s performance and satisfaction will be.
With a Fleetwest service body we have the innovative solutions to create the ideal work truck so you can work smarter, not harder! The Load’N’Go by Fleetwest not only can help with organization and make you more efficient, but it can also make for a safer work environment. The Load’N’Go can be equipped with a list of option such as: 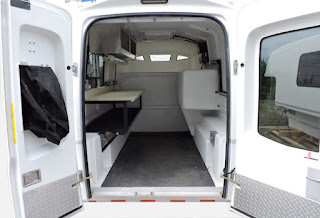 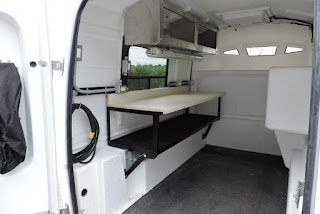 Call us at 480-736-8800 today for more information and availability. Fleetwest.net

Posted by Fleetwest Slip-On Transferable Truck Bodies at 4:15 AM No comments:

Ask An Expert - Towing and Hauling Tips with Mark Hellwig


Hellwig Suspension Products CEO, Mark Hellwig has been in the load and sway control business his whole life. Over the years he has learned a few things about towing and hauling.

Mark shares a few tips and pieces of advice for proper and safe towing and hauling in this video.
Posted by Fleetwest Slip-On Transferable Truck Bodies at 2:57 AM No comments:

What If You Forget To Change Your Oil?


What if you forget to change your oil on time? Can you damage your car's engine by not changing the oil late? Do you really need to change your oil every 3,000 miles? Obviously, you should change your oil regularly, but exactly how much damage you will cause by changing the oil late? This video looks to answer this question. We'll discuss what happens to oil viscosity as it ages, and what happens to oil additives in over time.
Posted by Fleetwest Slip-On Transferable Truck Bodies at 5:47 AM No comments:

With available Four-Wheel Steer, an available Multi-Flex Midgate and a GM-estimated 400 miles of range on a full charge of the Ultium battery, Silverado EV is a whole new truck for a whole new generation. Reserve yours now at: https://www.chevrolet.com/electric/si... *First edition RST GM-estimated range on a full charge based on current capability of analytical projection consistent with SAE J1634 revision 2017 – MCT. Actual range may vary based on several factors, including temperature, terrain, battery age, loading, and how you use and maintain your vehicle. EPA estimates not yet available. Learn more about the First-Ever All-Electric Silverado EV:
Posted by Fleetwest Slip-On Transferable Truck Bodies at 3:42 AM No comments:

We’re marking the 75th anniversary of F-Series with the 2023 F-150 Heritage Edition, a modern take on the iconic two-tone pickup. Coming this fall.
Posted by Fleetwest Slip-On Transferable Truck Bodies at 9:00 PM No comments:

How Helper Springs Work - Dealers for more info and to order, log on to priceguidepro.com or contact your sales rep today! 800.772.2678
Posted by Fleetwest Slip-On Transferable Truck Bodies at 9:00 PM No comments:


V8 engines operates under the same basic principles as any other gasoline four-stroke engine. First the piston pulls in air and fuel as it moves downward, then it compresses that air and fuel as the piston moves upward. A spark plug fires, igniting the air/fuel mixture and forcing the piston downward. Finally the piston pushes out the exhaust gases on its way back up, before for the cycle repeats itself.

In a V8 engine, this cycle is happening in 8 different cylinders, at different times. Instead of multiple cylinders firing at the same time, you want them to be spread out so that power delivery is smooth. For this Chevy V8, the firing or is 1, 8, 7, 2, 6, 5, 4, 3. With 8 cylinders, there is a cylinder firing for every 90 degrees of the crankshaft rotating, which means at any point in time, there are two cylinders on the power stroke.

The pushrod valvetrain gets its name from the metal pushrods which activate the rocker arms which open up the valves. The camshaft, located in the center of the V, has lobes on it which push the push rods up, opening the appropriate valves. For a full explanation of V8 engines, check out the video!
Posted by Fleetwest Slip-On Transferable Truck Bodies at 2:40 AM No comments: