How to save on fuel this winter...

Truck maintenance is important to keep trucks up and running but did you know that regularly maintaining your pickups also offers great benefits in fuel economy? There are many technologies and techniques for fleet maintenance that can help increase fuel efficiency up to 10%.

Here are some tips that can help you save this winter:

Applying techniques that support increased measures for fuel efficiency offer remarkable savings and allow more room for the optimization of your fleet with transferable truck bodies! Fleetwest has many options for ½ ton configurations. The Durashell 145 and 175 model is made of a lightweight fiberglass composite and is 100% transferable. It requires no holes drilled installation and is available with many options that make it possible to efficiently store tools and equipment, while cutting back on fuel costs. Durashell even offers a CNG model! 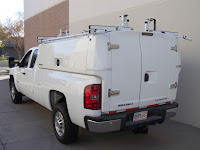 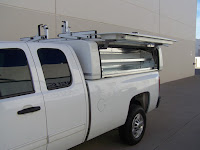 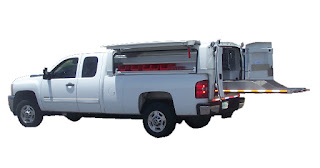 Posted by www.Fleetwest.net at 7:55 AM No comments:

Come check us out...

The New Durashell models from Fleetwest are the most innovative selection of fiberglass composite transferable truck bodies on the market today. Check out our newest video on Youtube for a few of the upgraded features on the Durashell 145/175. 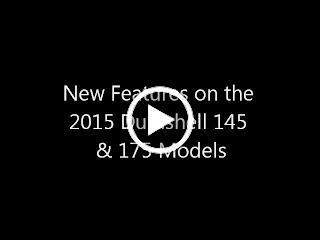 Posted by www.Fleetwest.net at 9:18 AM No comments:

New Truck for the New Year...

Have your eye on a new pickup truck this holiday season?

Whether you’re looking to go compact or full size, options are endless. 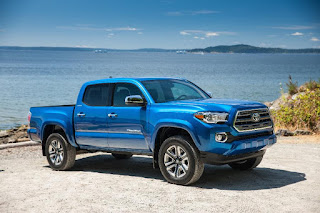 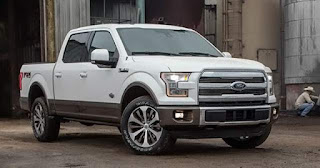 Another option to consider is the 2016 Ford F-150, which continues to be one of the best selling vehicles in America. This full size pick is available with optional 2.7 liter Eco Boost V6 engine. It delivers 325 horse power while still offering the best fuel economy in the lineup! The 2016 Ford F-150 now utilizes an aluminum and durable steel composite, resulting in a lighter truck. You can also look forward to saving money with the purchase of this model—it has been named as one of the best full size pickups that offer big savings in a 5-year cost to own comparison. 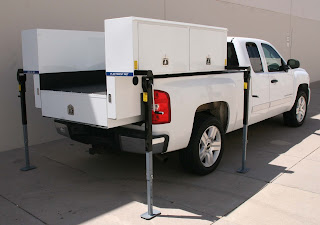 In addition to the features that these models offer, Fleetwest Transferable Truck Bodies offers ways to easily optimize pickups for both personal and commercial use. Fleetwest’s Load’N’Go Open Bed model,which is 100% transferable even while fully loaded is a perfect option to add to your pickup. Don’t damage your new pick up by throwing loose tools and equipment in the bed—keep it organized with Fleetwest’s transferable service body.

Posted by www.Fleetwest.net at 1:37 PM No comments:

Be sure to take advantage of this deduction for your business by year end... 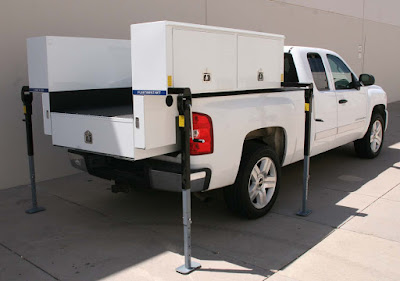 
Section 179 at a Glance (updated for Tax Year 2015)
2015 Deduction Limit = $25,000
This deduction is good on new and used equipment, as well as off-the-shelf software. This limit is only good for 2015, and the equipment must be financed/purchased and put into service by the end of the day, 12/31/2015.
2015 Spending Cap on equipment purchases = $200,000
This is the maximum amount that can be spent on equipment before the Section 179 Deduction available to your company begins to be reduced on a dollar for dollar basis. This spending cap makes Section 179 a true "small business tax incentive".
Bonus Depreciation: not available in 2015
In prior years, Bonus Depreciation would be taken after the Section 179 Spending Cap is reached. Note: Bonus Depreciation was available for new equipment only; in 2015, Bonus Depreciation is not available at all.
The above is an overall, "simplified" view of the Section 179 Deduction for 2015. For more details on limits and qualifying equipment, as well as Section 179 Qualified Financing, please read this entire website carefully. We will also make sure to update this page if the limits change.
Here is an example of Section 179 at work during this 2015 tax year: 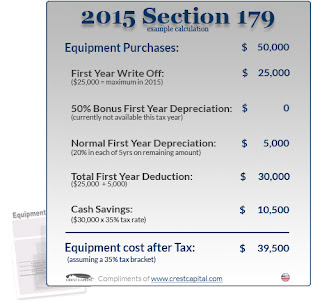 What is the Section 179 Deduction?
Most people think the Section 179 deduction is some mysterious or complicated tax code. It really isn't, as you will see below.
Essentially, Section 179 of the IRS tax code allows businesses to deduct the full purchase price of qualifying equipment and/or software purchased or financed during the tax year. That means that if you buy (or lease) a piece of qualifying equipment, you can deduct the FULL PURCHASE PRICE from your gross income. It's an incentive created by the U.S. government to encourage businesses to buy equipment and invest in themselves.
Several years ago, Section 179 was often referred to as the "SUV Tax Loophole" or the "Hummer Deduction" because many businesses have used this tax code to write-off the purchase of qualifying vehicles at the time (like SUV's and Hummers). But, that particular benefit of Section 179 has been severely reduced in recent years; see 'Vehicles & Section 179' for current limits on business vehicles.
Today, Section 179 is one of the few incentives included in any of the recent Stimulus Bills that actually helps small businesses. Although large businesses also benefit from Section 179 or Bonus Depreciation, the original target of this legislation was much needed tax relief for small businesses - and millions of small businesses are actually taking action and getting real benefits.

Essentially, Section 179 works like this:
When your business buys certain items of equipment, it typically gets to write them off a little at a time through depreciation. In other words, if your company spends $50,000 on a machine, it gets to write off (say) $10,000 a year for five years (these numbers are only meant to give you an example).
Now, while it's true that this is better than no write-off at all, most business owners would really prefer to write off the entire equipment purchase price for the year they buy it.
In fact, if a business could write off the entire amount, they might add more equipment this year instead of waiting over the next few years. That's the whole purpose behind Section 179 - to motivate the American economy (and your business) to move in a positive direction. For most small businesses, the entire cost can be written-off on the 2015 tax return (up to $25,000). 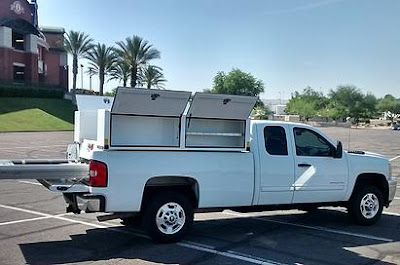 The Section 179 Deduction can be applied to purchases on any capital equipment like the Service Truck Bodies from Fleetwest. To see the complete Fleetwest Line visit our website at www.Fleetwest.net. Click here for our year end special.

Posted by www.Fleetwest.net at 2:07 PM No comments:

Why Should Fleets Replace Cargo Vans with Pickup Bed Capsules? 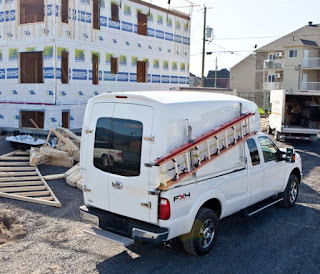 Pickup truck bed capsules and cargo vans are often looked at in the same light. But what is it that makes the bed capsule a better alternative? Fleet professionals are choosing capsules for their fleets for a number of reasons.


The Durashell line by Fleetwest Transferable Truck Bodies proves efficient in all of these categories. 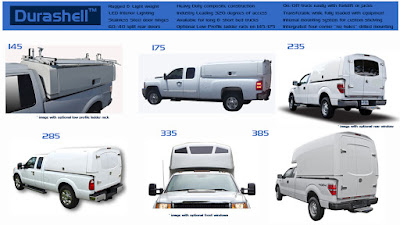 Fuel Efficiency
Pickup trucks provide room for significant fuel savings! Especially in 1/2 ton configurations, where fuel efficiency averages up to 14.5 mpg while fully loaded. This number can even be maximized with specially designed fuel-efficient engines as seen in the Chevrolet Silverado 1500 Hybrid and in Ford's 2011 F-150. The mpg in cargo vans only average to about 10 miles per gallon. Take advantage of this opportunity to save big with lightweight pickup trucks, and optimize your fleet with any of the Durashell models.

Optimized Spacing
While vans seem like the better option for optimized space, they actually consist of a lot of unusable space. Shelving and storage options in cargo vans are limited because of the sliding door. utilize that wasted space with Fleetwest's fiberglass Durashell line.

Ergonomics
The Durashell limits risks of stress and injury. With features like low profile hydraulic ladder racks and dual action slides, professionals don't have to strain themselves while trying to access large equipment.

Minimized Costs
The Durashell can outlast a number of trucks. This is where transferablility really matters! When a fleet vehicle is in need of maintenance repairs or even needs to be replaced completely, you can transfer your fully loaded truck body with lifting jacks or a forklift in minutes! Cargo vans do not have this ability and require a significant amount of time to transfer equipment from one vehicle to another.

For more information about how to optimize you truck call your Fleetwest representative Toll Free in the U.S. at (866)497-7200 or by visiting www.Fleetwest.net. To get a detailed quote on a Durashell click here.

Posted by www.Fleetwest.net at 2:35 PM No comments: