A new cross-linked polyethylene fuel tank is being shipped by Titan Fuel Tanks.  This new tank is said to eliminate the issue of steel tank lining delamination and other associated fuel path problems attributed to variations in diesel fuels and additives. Titan stated that the new fuel tank is quickly gaining favor among Ford dealers and users who have dealt with fuel line contamination in 1999-2010 diesel powered Fords.  The creators of the new tank say that the tank is virtually resistant to the corrosive effects of diesel and bio-diesel fuels.  In the past, the tank delamination problem, which is fuel related, is not covered under Ford’s warranty policy making the repair costs quite significant.  The polyethylene tank is made to fit 2011-2015 Ford F-350, F-450 and F-550.

The Load'N'Go ST-2000 by Fleetwest Transferable Truck Bodies is light enough for pickup trucks and a perfect match for continuous fuel and maintenance fleet savings. Load'N'Go truck bodies are completely transferable, on and off a pickup truck in minutes with no-holes-drilled installation. This means flexibility and higher overall value for fleets. An optional 1000 lb capacity drawer can be added to the Load'N'Go ST-2000 to provide extra organized storage in addition to the double-locking side compartments. All Load'N'Go service body models are made of galvanized steel making them durable and long-lasting. Call your Fleetwest representative toll-free at 866-497-7200 to get a quote and modernize your work truck.

As the National Insurance Crime Bureau (NICB) released its annual Hot Wheels report, which lists the 10 most stolen vehicles, it concluded that full-size pickup trucks from the Big Three U.S. automakers made the list.  The report gathers its information from the vehicle theft data that is submitted by law enforcement to the National Crime Information Center.  There they determine the vehicle make, model and model year that were reported most stolen in 2013.  The report also performed a state-by-state analysis and what they found was that pickups were the most stolen vehicle in nearly half of the U.S.  When the NICB puts out their annual report they also include helpful tips to prevent a vehicle from being stolen such as, locking your car and taking your keys with you.  Also, having things like a warning device, immobilizing device or tracking device is a good precaution to help prevent theft.

Load'N'Go service bodies by Fleetwest Transferable Truck Bodies, such as the SecurityTop, are equipped with stainless steel, double locking T-handles, and made to protect expensive cargo from both theft and weather damage. They can be transferred from one pickup to another with optional four-corner lifting jacks, a crane, or a forklift via the built-in forklift tunnels. The Security Top fits all major makes of pickup trucks such as Chevy, Dodge, GMC and Ford short or longbed models. Some of its features include 2000lb capacity on floor above drawer, 1000lb capacity drawer, and double locking compartments (cylinder and padlock). 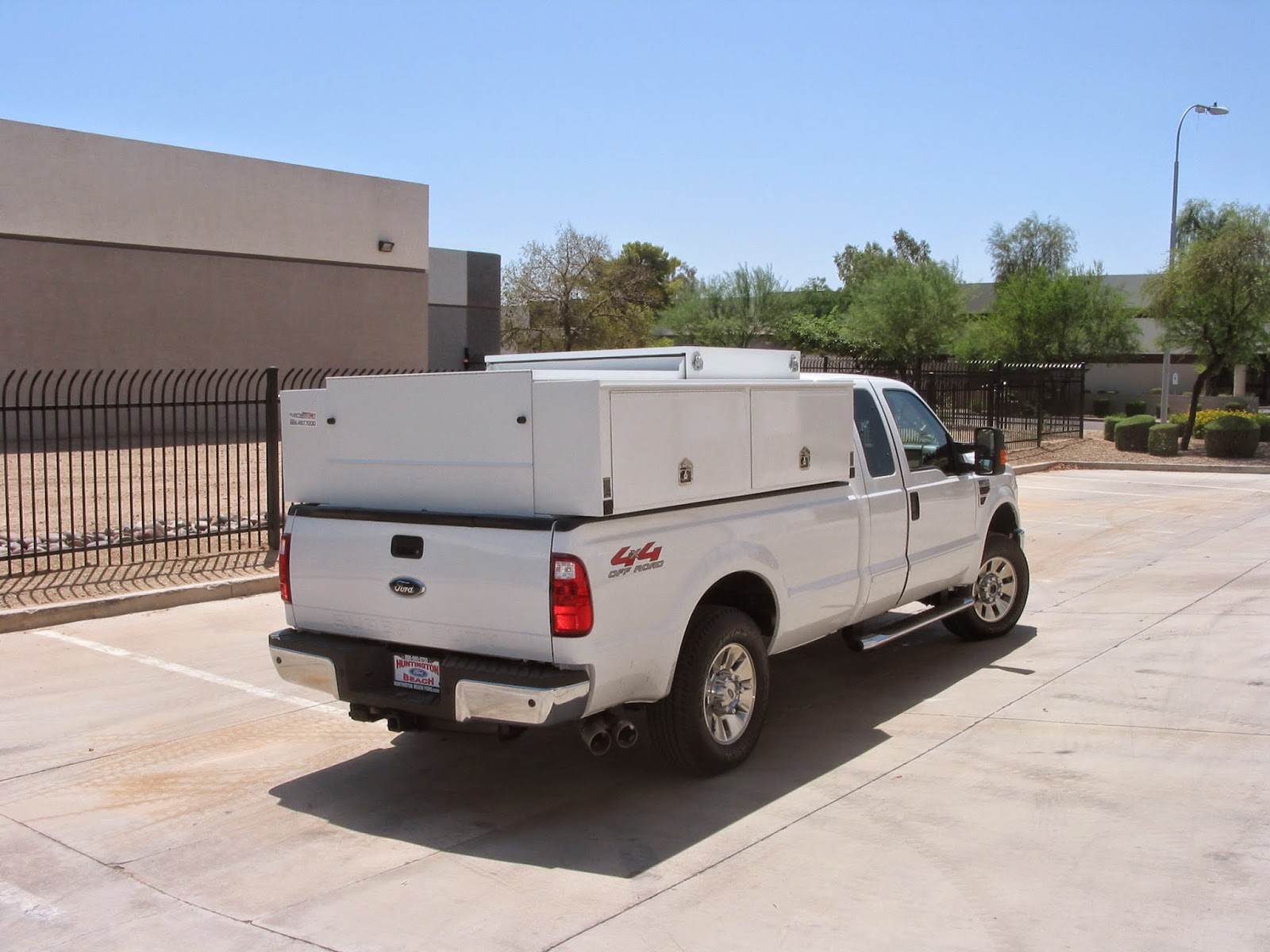 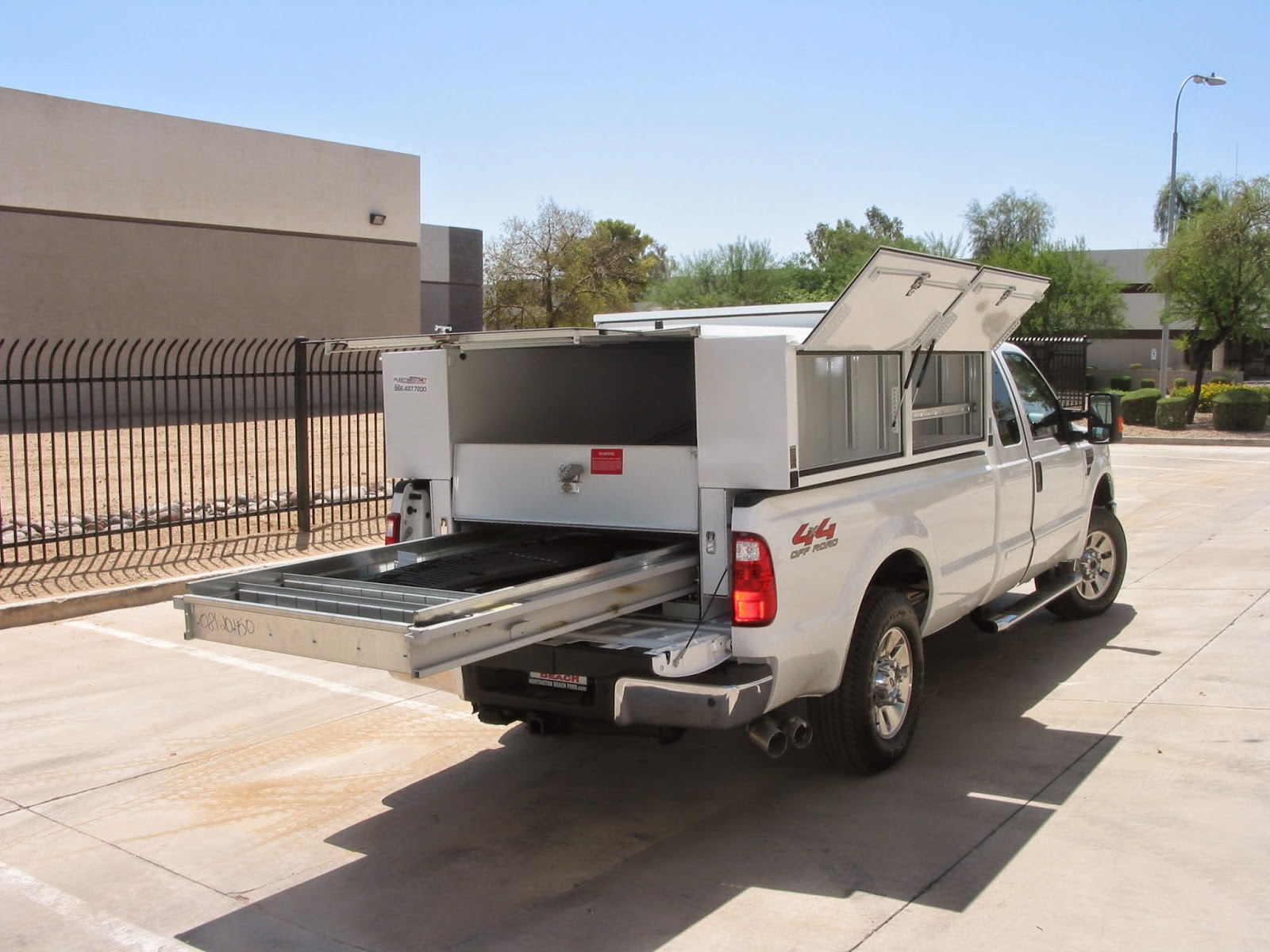 Posted by www.Fleetwest.net at 11:03 AM No comments:

The use of aluminum for the bodies of new pickup trucks is said to be used by more than 75 percent of trucks that are produced in North America by 2025, according to a studied that was cited by Hard Working Trucks.  Ford is headed into the direction that the study has foreseen as they just announced that their 2015 F-150 will integrate the use of aluminum into their new models.  By adding aluminum to the body and bed of the pickups has caused the truck to shed up to 700 pounds, which allows the F-150 to tow more, haul more and also contribute to more efficiency, according to Ford.

The Load'N'Go ST-2000 by Fleetwest Transferable Truck Bodies is light enough for aluminum-body pickup trucks and ideal for continuous fuel and maintenance fleet savings. Load'N'Go truck bodies are completely transferable, on and off a pickup truck in minutes with no-holes-drilled installation. This means flexibility and higher overall value for fleets. An optional 1000 lb capacity drawer can be added to the Load'N'Go ST-2000 to provide extra organized storage in addition to the double-locking side compartments. Call your Fleetwest representative toll-free at 866-497-7200 to get a quote and modernize your work truck. 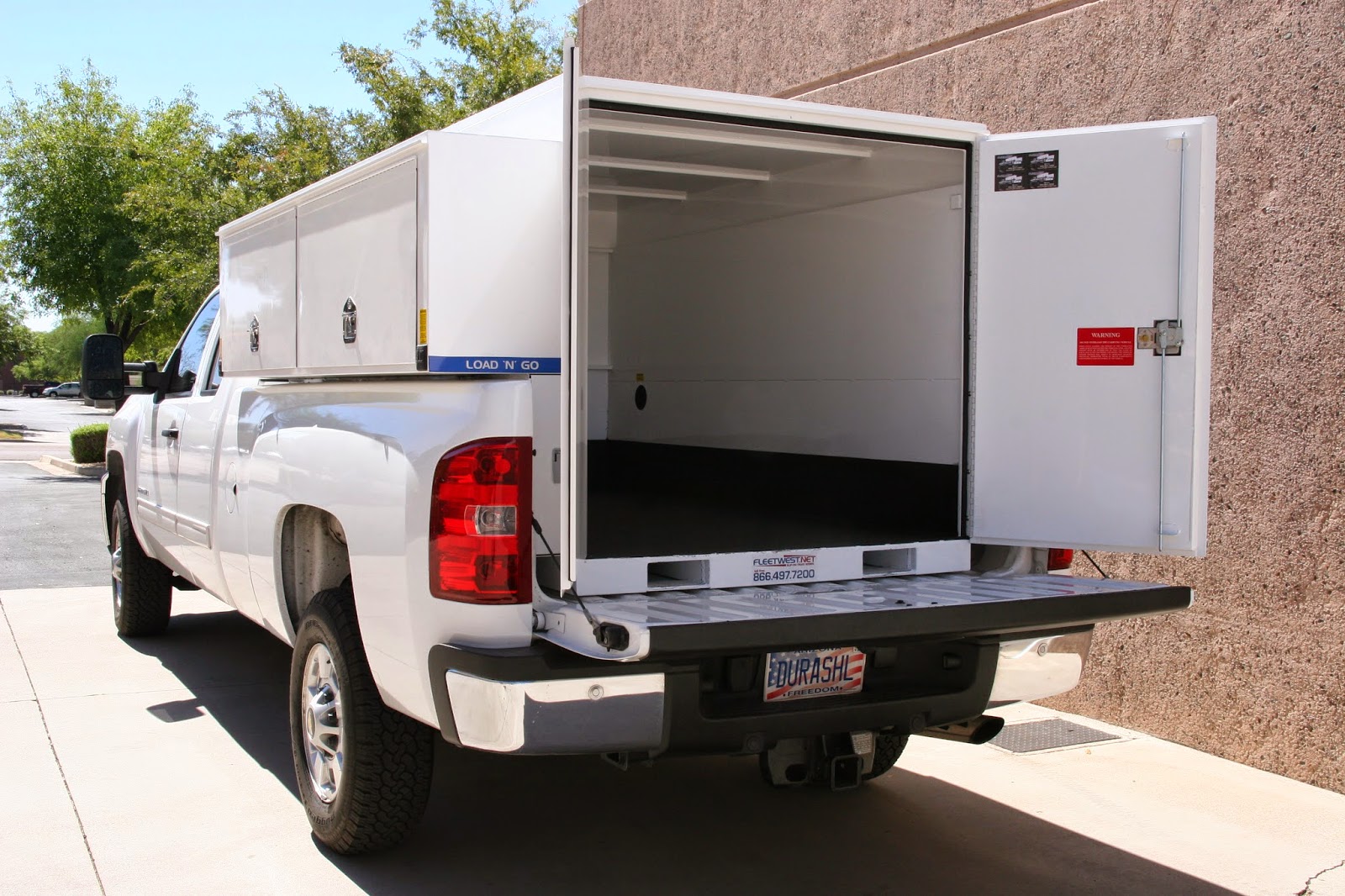 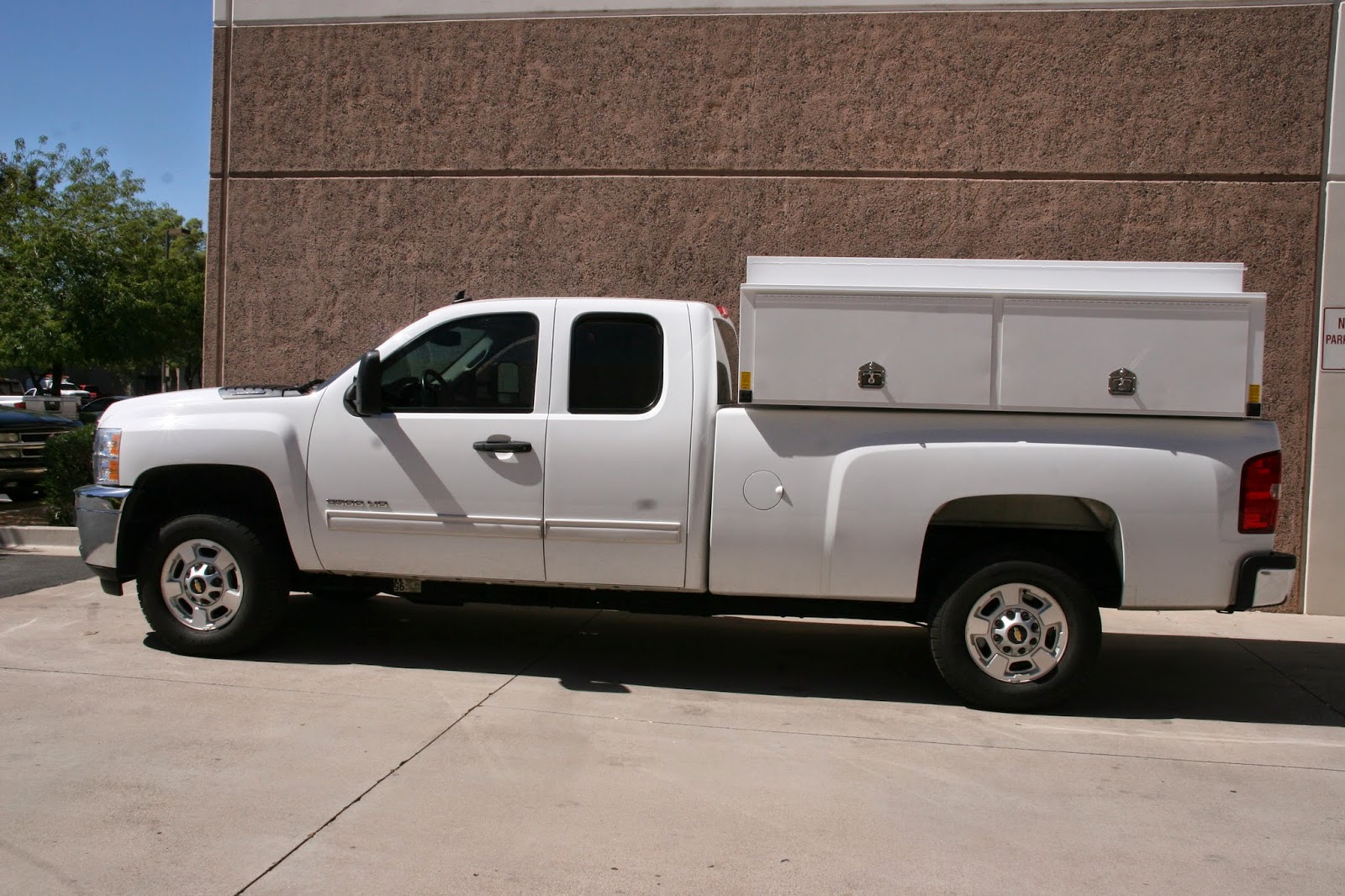 Posted by www.Fleetwest.net at 9:03 AM No comments:

Fleetwest Transferable Truck Bodies has a previously owned Durashell 170 service body in excellent condition for sale. This Durashell model has 170 square feet of customizable storage space in a lightweight fiberglass body that is great on fuel economy. Durashells are completely transferable on and off a pickup truck in minutes with no-holes-drilled installation for convenience and economy. This particular unit for sale comes loaded with great accessories such as a hydraulic ladder rack that allows technicians to easily access long material with the crank of a handle.The Durashell 170 pictured below also has dual-action 70% extension slides for further organization and convenience.

Consider this gently used Durashell for a great transferable truck body at an affordable price. Call your Fleetwest representative toll-free at 866-497-7200 for more information.

*The usual ten-year Durashell warranty does not apply to this offer. 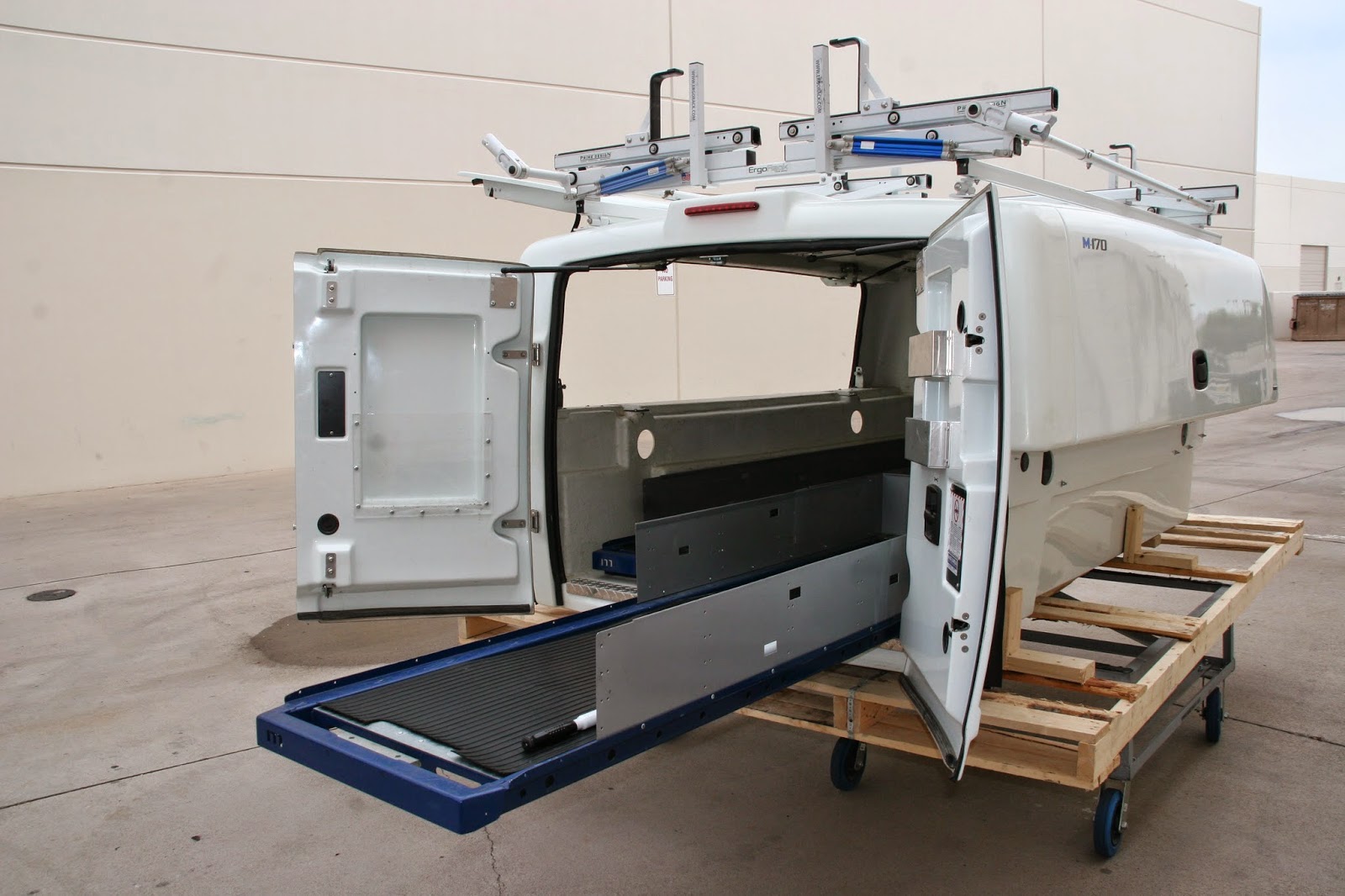 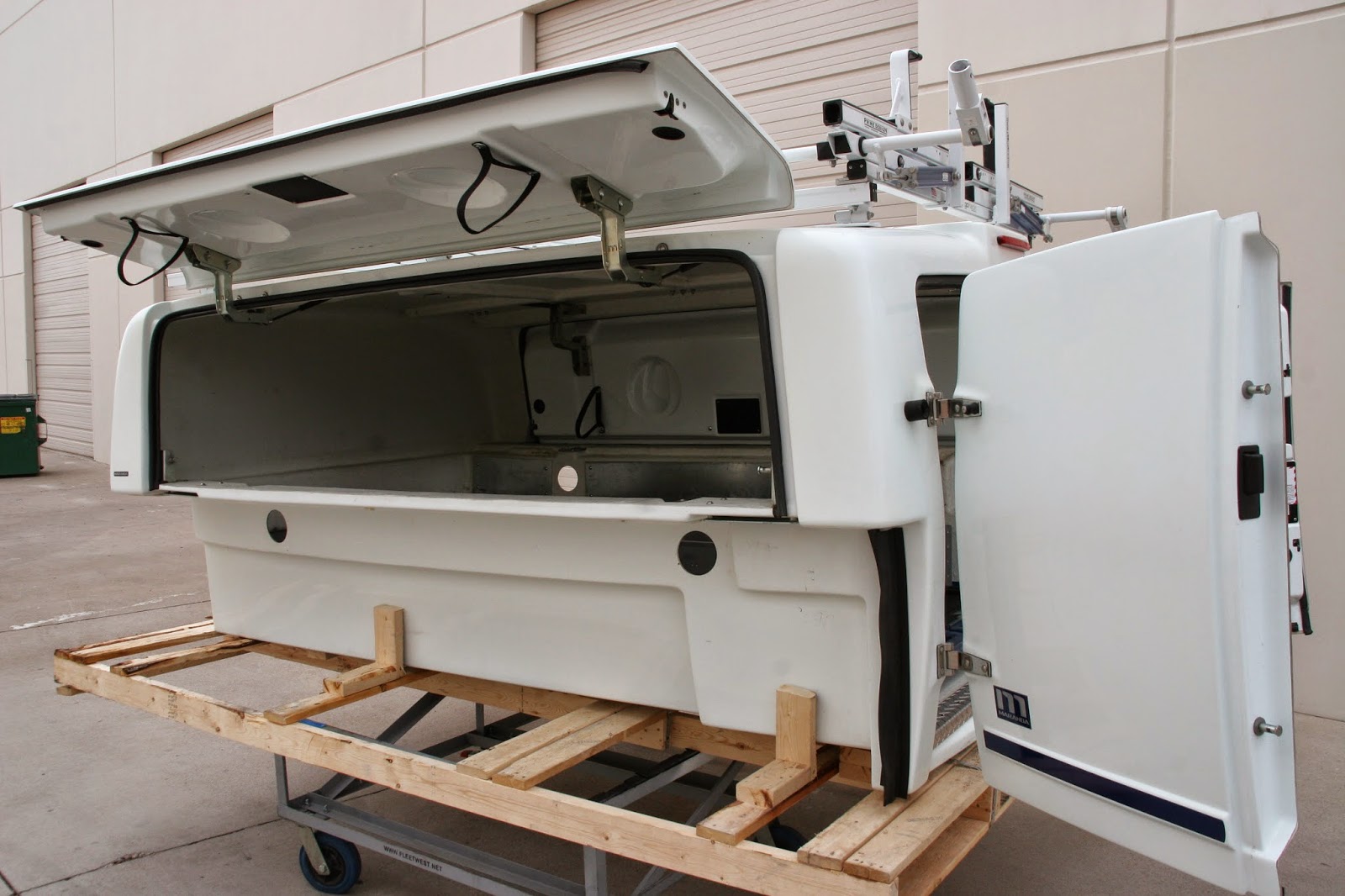 Posted by www.Fleetwest.net at 1:23 PM No comments: