Whose coming north and who's going south... 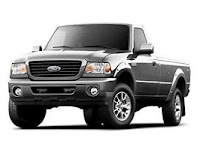 As you may already know, back in April, Ford announced its plan to build a new auto factory in Mexico to resume building the Ranger and Bronco for the U.S. market. The $1.6 billion assembly plant will be built in the San Luis Potosi state and it’s expected to generate 2,800 jobs. It is said to also take-over production of some of the company’s small cars which are currently being produced in the U.S., according to the Associated Press.

Republican presidential campaign front-runner Donald Trump ridiculed Ford’s plans, saying it will just continue to drive down wages in the U.S. and increase unemployment. Trump believes that the North American Free Trade Agreement (NAFTA) is the cause of heavy job loss in the United States. He said that, if elected president, he will alter the NAFTA so that it will punish the U.S. companies that continue to operate under the original 1994 agreement.


In response to Trump’s judgment, Ford expressed that it continues to heavily invest in the United States. Ford reported that it currently spends more than 80 percent of its capital in the U.S. and plans on spending $8 to $9 billion more over the next four years.

Now a  month after Ford’s announcement, apparently General Motors plans to move its pickup production back to the United States from south of the border. According to The Detroit News, a memo from the United Auto Workers Local 598 reports that GM’s Flint Assembly will be taking on pickup production from the company’s plant currently in Silao, Mexico.

The memo states, that the Flint plant will have to add a Saturday shift and possibly hire part-time workers to help with the increased work load next year. The plant currently employs approximately 2,800 workers. The UAW feels that the production move will satisfy customers that want more vehicles produced in the U.S. We all know how Trump will feel!

Fleetwest is proud to say that our Load’N’Go transferable truck bodies are made in the USA. They universally fit most standard pickup trucks like Ford, GM, Dodge and Toyota with 8’ and 6.5’ beds. The Load’N’Go is fully transferable from one truck bed to another, even fully loaded, with a no holes drilled installation. They are made with heavy duty 16 gauges steel and finished with a rugged white powder coat. Call a representative today for a quote at (866) 497-7200. 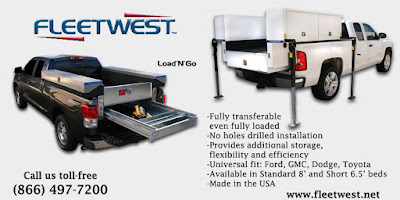 Posted by www.Fleetwest.net at 2:21 PM